In 1964, the University Museum opened at the Humanities and Social Sciences Campus with five exhibition halls. It quickly became the hub of Korean studies, archeology, anthropology, and Confucianism. Its goal is not merely limited to exhibitions. The staff members of the museum are actively devoted to excavating, researching, and collecting historical artifacts around the country. The museum moved into the 600th Anniversary Hall, which was completed in 1999, and it will endeavor to enhance its role as a museum of higher education with an emphasis on education that represents Confucian culture. 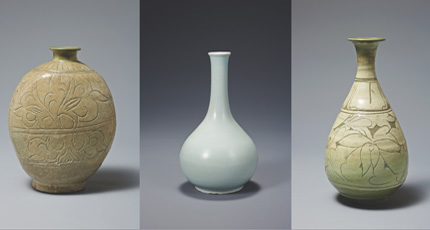 The museum has a total of 11,142 holdings, which include 3,085 paintings and calligraphy, 5,017 rare books, and 3,340 collections of rare artifacts from the prehistoric period which contain stone works as well as earthenware and some bronze works. Well-preserved artifacts from the Joseon Dynasty (1392~1910) provide insight into the era's culture, especially the life of various social classes. Three of the museum's valuable holdings are designated as national treasures. The first, "Geonmuk", is an anthology of the original calligraphy from the late Goryeo Dynasty (918~1392) to the early Joseon Dynasty and was compiled during the latter. The photo-copied version was published by the SKKU in 1981. The second is the museum's collection of 633 rubbed copies of epigraphy from stone monuments from across the country; which are valuable resources for researchers.

The third is the collection of traditional musical instruments used in the special Confucian ceremonial rite, "Seokjon Daeje".