When Sungkyunkwan University celebrated its 600th anniversary in 1998, many of its academics had already envisaged an independent research center which would preserve the academic heritage of the university's history of education, and would lead East Asian scholarly pursuits in the new millennium. 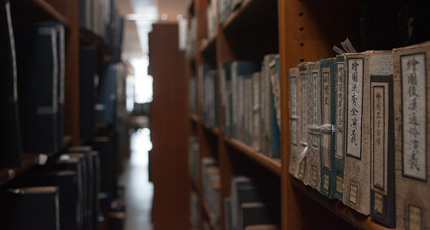 This center was expected to meet the worldwide demand arising from academia relating to a shift from local to global and disciplinary to interdisciplinary approaches to research. It was at the very beginning of the new millennium, in the year 2000, that Sungkyunkwan University launched a sizeable research and education complex dedicated to the study of various issues relating both to the past and the future of East Asia. It was named the Academy of East Asian Studies (AEAS).

Considering its long and glorious history of Confucian studies and research activities relating to Korea, China, and Japan, and after being transformed into a modern university, Sungkyunkwan certainly was the ideal choice for this kind of research center. The Korean Ministry of Education, recognizing Sungkyunkwan University as being the most important place for East Asian studies, commissioned the university to develop the East Asian Confucian Project as part of the "Brain Korea 21 projects". Brain Korea 21 is the largest national program supporting academic research and education. Additionally, Sungkyunkwan University had already designated East Asian Studies as one of the four major areas to be developed under its Vision 2010+ plan, and designed a special support program for the AEAS.

The AEAS is a multidisciplinary institution focused on research, education, and the collection of historical documents for reference. Since its foundation, it has been one of the Academy's aims to create an academic system which combines research and education. Research units, graduate courses and, three institutes specializing in specific fields are all designed to carry out the dual task of research and education. Through this system, the AEAS encourages researchers and participating outside researchers to choose topics based on interdisciplinary multi-regional subjects which cultivate a unique perspective beyond the limitation of conventional educational environments. In addition, the AEAS runs a special reference collection suitable for the complicated and diverse research areas undertaken.

Being affiliated with Sungkyunkwan University, the AEAS has a scope that goes beyond the academics of the university for its research activities. Instead, the AEAS invites researchers from around the world to hold lectures and participate in activities such as regular and irregular seminars. It also publishes the Sungkyun Journal of East Asian Studies, a bi-annual periodical with contributions from renowned East Asian studies scholars the world over.

The AEAS consists of 4 sub-institutes that specialize in research. They are the Institute of Confucian Philosophy and Culture, Daedong Institute for Korean Studies, the Institute of East Asian Regional Studies, and the Survey Research Centre (SRC). The Institute of Confucian Philosophy and Culture specializes in various academic issues related to Confucianism and culture in East Asia. It takes traditions from the Old Sunkyunkwan and seeks to adapt the traditional East Asian way of thought to the globalized world of today. Founded in 1957, Daedong Institute for Korean Studies covers the classical culture of East Asia and critical issues in this area. Including a strong interest in Confucianism, it expands relations with other global institutes and receives a number of visiting scholars every year. The aim of the Institute of East Asian Regional Studies is to study politics, economics and the society of East Asian countries in order to enhance co-prosperity and help mutual understanding among those countries. For research activities, it promotes exchange and accumulation of information and human resources. The SRC strongly believes that steady progress in social scientific knowledge is made possible by an accumulation of factual data sets that are faithful to rigorous empiricism. The SRC generates new data that adheres to strict guidelines with regard to conducting surveys, and disseminates new and existing survey data to an active network of scholars throughout the world.

The AEAS also has a specialized library, Jongyeonggak. The original Jongyeonggak was established in 1475 during the reign of King Songjong (1469~1494) in Joseon Dynasty to support the academic research of students of Sungkyunkwan. Present day Jongyeonggak was launched along with the opening of the AEAS with the expectation that it would be a special, international, and intelligent library.