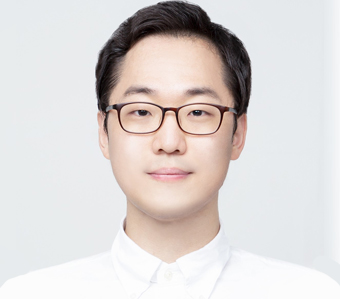 Gyeong-Tae Kang, who graduated from the Department of Physics at SKKU, was appointed as an assistant professor of Physics at Kyungpook National University.

Dr. Kang received his Ph.D. with a dissertation entitled, “Oxygen vacancy induced physical properties in epitaxial oxide thin films” (Academic Adviser: Woo-Seok Choi) in February 2018. After his graduation, he worked as a post-doctoral researcher at Los Alamos National Laboratory, U.S. for about 3 years. His main area of research is the quantum properties expressed in transition metal oxide thin films and their composed elements, and he has published a total of 15 papers in the SCI Journal.

Dr. Kang, who had a great desire to study, started working as a researcher in the multi-systems theory lab of Professor Jung-Hoon Han. Then, he conducted theoretical studies the Rashba effect in topological matter and oxides as a graduate student at SKKU. Prior to completing the Ph.D. program, Dr. Kang became interested in implementing the matter and physical properties – especially ‘Transition Metal Oxide’, and moved to Prof. Woo-Seok Choi’s lab that deals with oxide film.

After learning experimental techniques, analysis methods, and theoretical physics, Dr. Kang conducted a study on the synergistic effect of graphene which is a representative 2-D materials like SrTiO3, a representative transition metal oxide. In addition, he was able to publish many papers as the first author in popular journals such as Advanced Materials and Nano Letters by producing world-class oxide film and observing quantum hole effects and using one’s competence to lead joint research.

While he was working as the post-doctoral at SKKU, he actively conducted a study on various high-quality oxide films and its emerged properties. The scope of his research topics is wide and various. The categories of his research topics range from basic academic fields such as ferroelectricity and ferromagnetism to the application fields like transparent conducting oxides. Especially, the topic about SrFeO2.5, which is the first single substance that shows ferroelectricity and ferromagnetism at room temperature and the interaction between them was selected as the post-doctoral domestic training program in 2018. In recognition of its originality, the paper was published in prominent journals such as the Advanced Materials and Chemistry of Materials.

After transferring to Los Alamos National Laboratory in the U.S., he continued to expand his research area. He got interests in the fusion properties of 2D transition metal dichalcogenide, that is different from transition metal oxide and graphene. In addition, researchers from the same institution conducted research on electrical and optical characteristics through active joint research with outside organizations such as Auburn University and University of California. It also conducted a study on how to change physical properties by making a transition metal oxide film that preserves emerged properties even after it is separated from the substrate and bending and increasing the membrane freely. He plans to continue the ongoing study after his appointment.