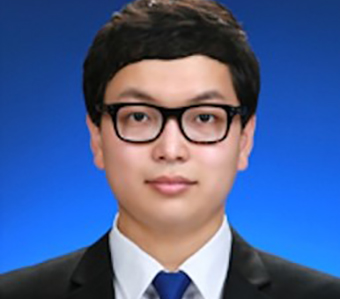 Ji-Hyun Cha was appointed as an assistant professor of inorganic chemistry at Chungnam National University.

Dr. Ji-Hyun Cha entered the Graduate School of Chemistry in 2008, earned his master's degree in 2010 and his doctor’s degree (Majored in Inorganic Chemistry, Academic adviser: Duk-Young Jung) in February 2016. After graduation, he has been a post-doctoral researcher at his school and got hired as the assistant professor of the  chemistry department at Chungnam National University as of September 2021.

Dr. Cha has been conducting research on synthesis of various inorganic semiconductor materials and application of electronic devices. During the degree programs, a study was conducted on the synthesis of chalcogenide semiconductor nanoparticle precursors and the production of solution process CIGS solar cells using the synthesis. Since then, the research has been expanded to single crystal synthesis of metal halide compounds, composite nanostructure materials, and the thin film element development.

In particular, a paper, “Journal of Physical Chemistry Letters, 2017”, which compared the synthesis of inorganic halide perovskite single crystal with their optical/electrical properties has recently been cited more than 260 times (based on Google scholar). Additionally, a paper was published in ACS Energy Letters (I.F.=19.003) as a study that firstly discovered the connection between photoluminescence and superparamagnetic properties of zero-dimensional inorganic perovskite single crystal.

In recognition of such research results, he has been selected for the “2021 New Research Support Project Sejong Science Fellowship, which supports young scientists to grow and settle into key scientific and technological talents. With the support of the fellowship, he is currently conducting "Study on Defect Structure and Photoelectrical Characteristics Control of Low-dimensional Inorganic Halide Perovskite." This research is expected to expand chemical/optical understanding of perovskite materials and be used as a basic research in the development of LED display. Even after his appointment to Chungnam National University, he plans to conduct challenging studies such as synthesis of eco-friendly perovskite materials and new perovskite materials in which defect structures are controlled.