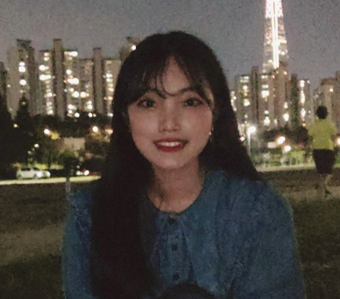 The developer of the quaternary semiconductor circuit Jihye LIM is a senior in the Dept. of Electrical and Electronics Engineering. Quaternary circuit is a circuit that is able to express the logic of ‘2’ and ‘3’. It can be compared to the binary system which can only use ‘0’ and ‘1’. The quaternary circuit has reduced the number of elements by half and has significantly reduced the energy consumption while accelerating the working speed. This research has been published in the world renowned journal “Advanced Functional Materials (IF: 15.621) on September 26th. Student Jihye LIM is continuing to research the quaternary semiconductor circuit.

The quaternary circuit is expected to take a big role in the coming era of Big Data by processing quicker with lower energy.

It is unprecedented for an undergraduate student to take part in the research as a main author. LIM began this research because she needed to write a thesis in order to graduate. She started the research due to the requirement but eventually she became immersed in the research.

The concept of quaternary system has already been introduced but there weren’t many researches on it. Therefore, it was difficult and time consuming to analyze the new mechanism. There were many problems to solve because she was pioneering through the new research topic. LIM overcame the difficulties by discussing the problems with her professor (Prof. Jinhong PARK) and colleagues.

LIM began the research at first just to finish the thesis but things became bigger and bigger as she delved deeper into the topic. She expressed that the luck was on her side and is thankful for the outcome.

LIM said that she became confident that she can take on any difficult task after this experience. She learned to persevere and challenge without giving up.

“I want to challenge myself as an engineer and develop by researching into new areas!”